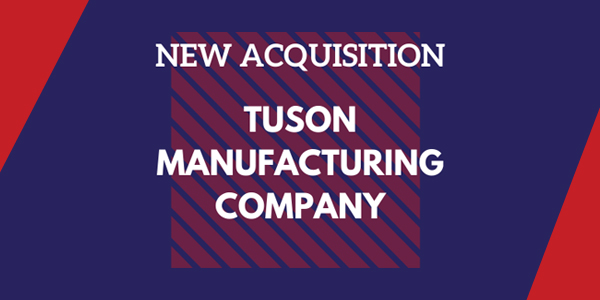 On March 2, 2022, Tuson Corporation of Vernon Hills, Illinois, USA (www.tuson.com) acquired 100% of the assets of ISPT, LLC of Story City, Iowa, USA.  Terms of the transaction were not disclosed.  The new division has been named Tuson Manufacturing Company (TMC).

With a facility founded in 1979, TMC is a manufacturer of precision machined components, and assemblies and systems made from such components.  TMC’s products are used within several industries, including fluid power, agricultural machinery, construction equipment, and industrial automation and controls.  TMC has a 100,000 square foot (9,300 m2) climate-controlled building containing over 125 pieces of manufacturing equipment and machinery.  TMC has been ISO certified since 2004, and currently holds certification to ISO 9001:2015.  Both TMC and Tuson are recognized as MBEs by the NMSDC (National Minority Supplier Development Council).

“We are extremely pleased with this acquisition” stated Roger Tu, Tuson’s President.  Mr. Tu continued:  “Our acquisition of TMC provides Tuson with full manufacturing capabilities on two continents.  This will better fulfill the needs of our customers.  In addition, TMC’s business competencies and customer base very much augment and complement Tuson’s.  This addition will be an important and strategic advantage for us moving forward.”  He concluded with:  “We are also very excited about TMC’s staff joining the Tuson team.  TMC possesses some truly great people.  We know they will enhance and strengthen our overall capabilities for, and service to, our customers.”

For further information regarding this development and how it can help you and your company, please contact Ken Rosenbecker, Tuson’s Business Development Manager, at ken-rosenbecker@tuson.com or +1-847-344-1888, or visit www.tuson.com.